Diving into the Windows Marketplace with Modern Combat 5: Blackout.

For a while, I wasn’t going to upgrade to Windows 10. But then a friend convinced me of a few cool features, and I decided to finally take the plunge since it’s free as of this writing. Since my current PC was on Windows 7, I missed out on all the cool apps that came out during the Windows 8 era. After perusing the store, I found a few interesting games. Boy, I wasn’t expecting this… 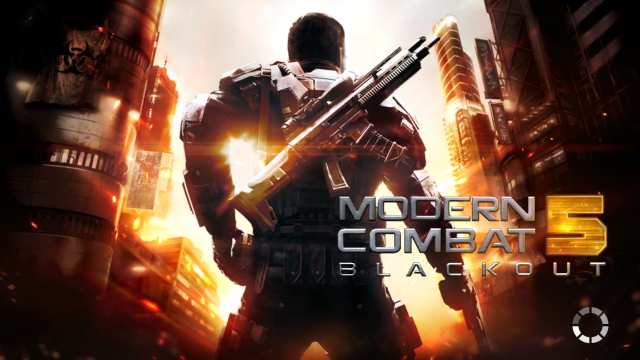 Modern Combat 5: Blackout is probably the most generic title for a game ever. This is the product of Gameloft, a French-based development studio known famously for their mobile phone and handheld games. Naturally, this is a “port” from iOS/Android devices, supporting cumbersome touch screen controls.

While I haven’t played the previous entries in the Modern Combat franchise, I am familiar with it. One of the games, Modern Combat: Domination, made it to consoles and I remember Giant Bomb covering it once. At the time, it looked like a mish-mash of Call of Duty 4 with a pinch of Counter-Strike‘s elements. By default, I go into any new game I play with mild skepticism and low expectations just so I don’t hype myself up for disappointment, so I wasn’t expecting much here.

This is a hell of a way to start a game…

You play as Phoenix, a mercenary for works for some corporation. With the help of a bald marine named Bull, you two storm through San Marco, escaping from evil terrorists, and eventually escaping a helicopter in a boat chase sequence. Pretty exciting for the beginning of a Call of Duty clone. 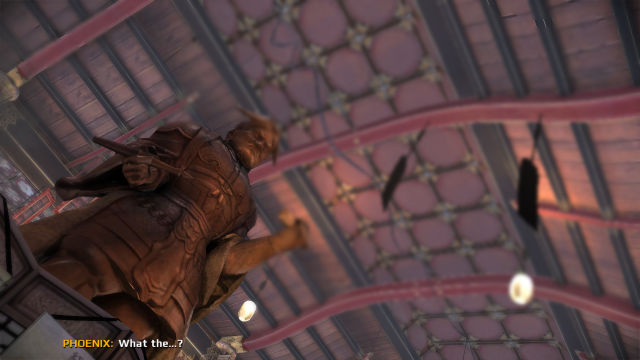 Afterwards, Phoenix wakes up in Japan, taken over by raiders during some terrorist attack or something. I’ll admit, I barely remember the story of this game, and that’s coming from a guy who played through Battlefield 3 and 4, which had really unremarkable generic campaigns. But from what I gleaned from a wiki for the series, it’s basically double-crossing between various factions, and a surprise plot twist that the CEO of the Gilman corporation is also a mercenary soldier who caused the double-crossing. Hardly oscar-caliber story writing, but I got what I paid for. (Nothing.)

One of the many classes you can choose from. You get Recon to start, and the rest require you to either grind levels or pay up to unlock.

Modern Combat 5 has a leveling system, and unlockables. There’s a create-a-class option, weapons can be upgraded by using them in the game to unlock attachments and better weapons, and each class has special skills that are upgraded using SP. SP is gained between some missions, leveling up, and between events Gameloft put up. One thing I liked is how the rankings persist between both single player and multiplayer, which I wish more games did.

Multiplayer is typical military FPS in a post-Call of Duty 4 world: You have perks, you have a powerup you can use, there’s killstreaks like recon drones and EMP strikes, and you get XP for kills. There’s the common FPS gamemodes: Free-for-All, Team Deathmatch, Capture the Flag, and an unusual TDM variant called VIP where the VIP is always visible on the minimap and killing them rewards more points than killing other players. Fun, but a VIP kill is 5 points and the scorelimit is 50, making the matches go by faster than expected. 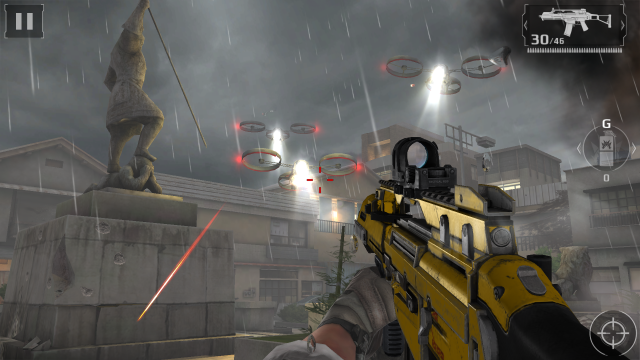 Huh, I guess my dad was right about combat drones. Never thought they’d look like this, though…

Originally this game was a paid product, but then Gameloft made it a free-to-play application. Had they not done this, I would’ve just ignored it. You’re probably asking, “Hey, how can they make a modern military shooter free-to-play?” Like this:

You’re given an amount of energy. One bar refills every 5 minutes. Playing a mission, a spec-op, even a multiplayer match costs energy. If you die in a campaign or spec op mission, you can retry for the same amount of energy bars, or you can cough up a few bucks to get coins to revive. It’s pretty scummy, but bars automatically refill upon leveling up, so it’s worth it to jump into a few multiplayer matches to stagger playtime.

Get used to seeing this, unless you wanna pony up the cash, or grind the same missions repeatedly.

But wait, it gets better. If you wanna continue progression in the story, you need to either get a prerequisite number of service stars. For the first chapter or two this isn’t too bad, but by the time I got to Chapter 6, I had to repeat several missions in order to get the one pesky star needed to get further along. It doesn’t help that sometimes it wouldn’t save my progress, forcing me to redo missions repeatedly.

So this is how they make their money… clever girl.

Of course, they do offer to skip past that with coins. It follows the typical template of modern free-to-play games: Watch a video for coins, or buy bundles. However, this costs real money. Hell, there’s a lot of things in this game that cost real money. Unlocking classes, getting cases that could unlock camo and “pro” versions of guns, the works. Hell, there’s even packs that give classes and their weapons to a certain point if you pay up. If you thought EA’s practices of “unlock all the things” DLC was bad, this is worse.

As a consequence for not paying, I have to climb digital treadmills and grind missions to progress. Though as I kept trying to progress, it kept resetting my progress, wasting my time. Eventually I got sick of trying and gave up, which is a shame because I would’ve loved to see the ending to this ridiculous game. 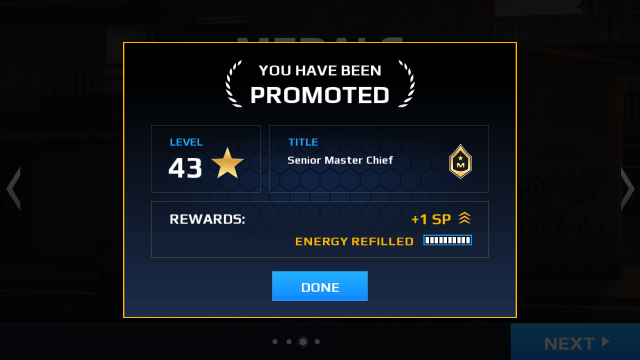 Yet, in spite of this, I couldn’t stop playing it. This was made for smartphones and Facebook, so naturally I had to lower my standards considerably. Since Activision and EA haven’t tried hitting this landscape outside of a few spinoff games, Gameloft has made a killing in a market with limited competition. There’s also a sort of eurojank charm to how this game feels overall. Either that or I’ve been suckered into playing this for so long that I’m suffering from stockholm syndrome.

I will say that for a game released on Windows 8’s app store, it’s competent. It’s not better than something like Call of Duty: Advanced Warfare, but if you’re looking for a budget military shooter, Gameloft’s got you set. This is a charming if mediocre military FPS. The game itself is alright, the lame business practices hurt it for me. I’m a cheapass, and I feel like putting down Actual Money for this is wrong.

After this, I’ll definitely need a chaser game like Counter-Strike: Global Offensive or Battlefield 4 to mask the weird taste of Modern Combat 5. Here’s hoping there’s better offerings on the Windows app store.

OTHER THINGS THAT I COULDN’T FIT IN THE POST ABOVE: