Activision and its weird SNES localizations.

Activision. I probably don’t need to say any more, but I’m going to. They’re a company that fully endorses the practice of “make something until it stops making money, then burn it alive and dump the ashes.” Franchises like Tony Hawk’s Pro Skater, Guitar Hero, and James Bond came out practically yearly until the quality suffered. Many iconic studios like Neversoft, Bizarre Creations, and Radical Entertainment were among the casualties when their games didn’t sell well enough. Others, like Raven Software, were enslaved to make Call of Duty after two back-to-back commercial failures  in Wolfenstein and Singularity. Even then, who knows when the COD bubble will finally burst?

But before Activision was the monstrous juggernaut they are now, they were still a company that was recovering from the ’80s. A bunch of bad business deals forced the company to be bought by a holding firm in the early ’90s, ran by Robert “Bobby” Kotick, who still runs the company to this day.

While Activision was trying to rebuild during the ’90s, they decided to do something unusual in terms of localization of two Super Famicom games to the west. Localizing games originally from Japan is fairly common, which usually meant changing stuff like minimizing Hitler and Nazi references in Bionic Commando on the NES, to straight up overhauls of existing games, such as Masked Ninja Hanamaru becoming a game involving Domino’s short-lived mascot Yo! Noid for the NES.

In Activision’s case, their localization approach was somewhere in the middle: they decided to scrap the original Super Famicom soundtrack, get a contract deal with some fairly popular electronic bands, and have their songs be part of the new American soundtrack, complete with advertising this fact on the box and in the game itself.

(Before I go any further: Shout out to online buddy LanceBoyle for giving me the inspiration to write about these. Not the guy from MegaRace, though I’ll give him a shout out too, because why not?) 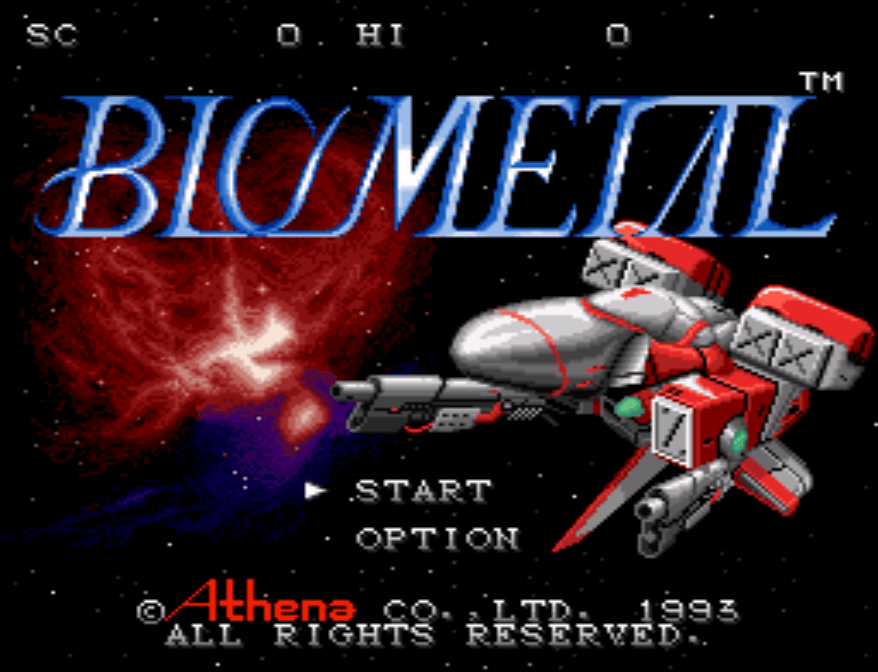 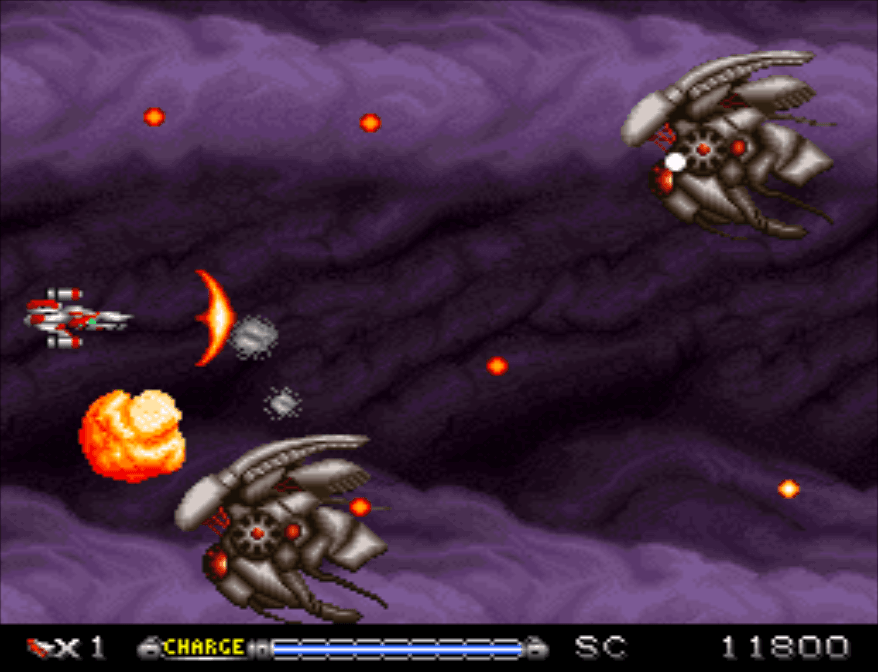 This is about as far as I got in my two playthroughs. I am bad at shmups.

The first game they attempted this with was BioMetal, a fairly innocuous shoot-em-up with powerups that was a decent little R-Type clone. Alas I am very bad at these kind of games, so I couldn’t get past the first stage. Though from what I’ve seen, it seems to be just one of many shoot-em-ups on a system that was already filled with them. It’s why stuff like Phalanx had that weird hillbilly on the cover, to make it stand out. 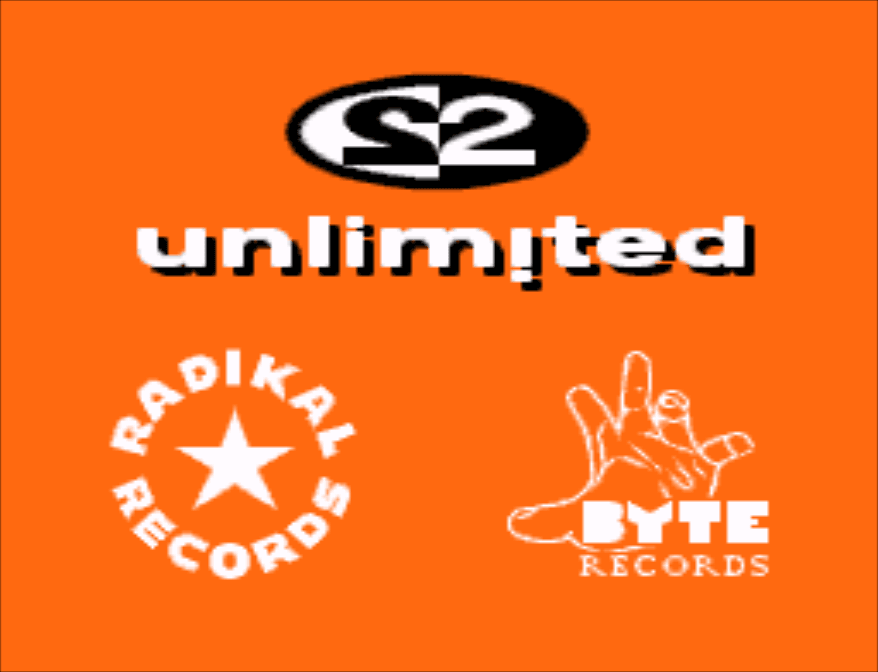 There’s a lot of ’90s in this splash screen 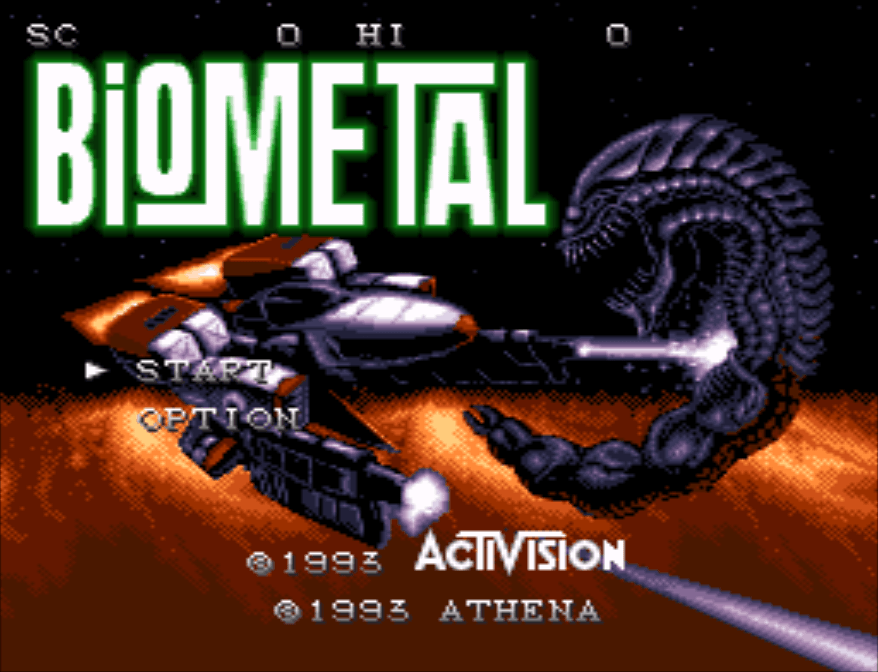 A change to a better logo and Our Hero fighting… an Alien from Aliens?

Activision’s attempt to make it stand out didn’t involve a cover change, but rather something a bit more unusual: Composer Yoshio Nagashima’s soundtrack was replaced by songs from the band 2 Unlimited. 2 Unlimited was the band that made that fairly popular electronic song “Get Ready for This,” a song that plays practically at every sporting event you could imagine. It plays during the title screen and appears on Stage 2.

BioMetal also features other cuts from their debut album Get Ready!, such as “Twilight Zone” and “Delight.” Though not all of the songs come from that album, one of the tracks is based off “Tribal Dance” off their then-forthcoming album No Limits, whereas one other track, that one that plays on the Continue screen, Stage 5 and the Credits, either comes from a remix I couldn’t find or is an original composition by composers/arrangers Ali Lexa and John Rodriguez.

I had to immerse myself in 2 Unlimited’s discography from 1991-93 to pinpoint the songs, and I feel sad saying this about a pop act that made a significant mark in the pop music genre, but a fair share of the songs I listened to were very derivative. It’s that eurodance sound that permeated the music landscape in the US and Europe in that era. It’s okay if you want to listen to certain individual tracks (including their signature song), but I wouldn’t recommend listening to the entire albums in a straight shot by yourself, that’s for sure.

There is one other minor change they did for the US version: They changed the protagonist names from the fairly original names of David Onizuka and Cynthia Matthews to the two “members” of 2 Unlimited, further hammering home the tie-in. Oddly, they didn’t replace the anime looking portraits of the characters, which I found odd as this was around the time when anime was still pretty niche in North America.

This wouldn’t be 2 Unlimited’s only realm into the video game world: “Get Ready for This” was also the theme song for of NHL ‘96. Here’s the SNES version, which sounds closer to the original compared to the Genesis version. Which game had the better arrangement is something I’ll leave up to you to decide. 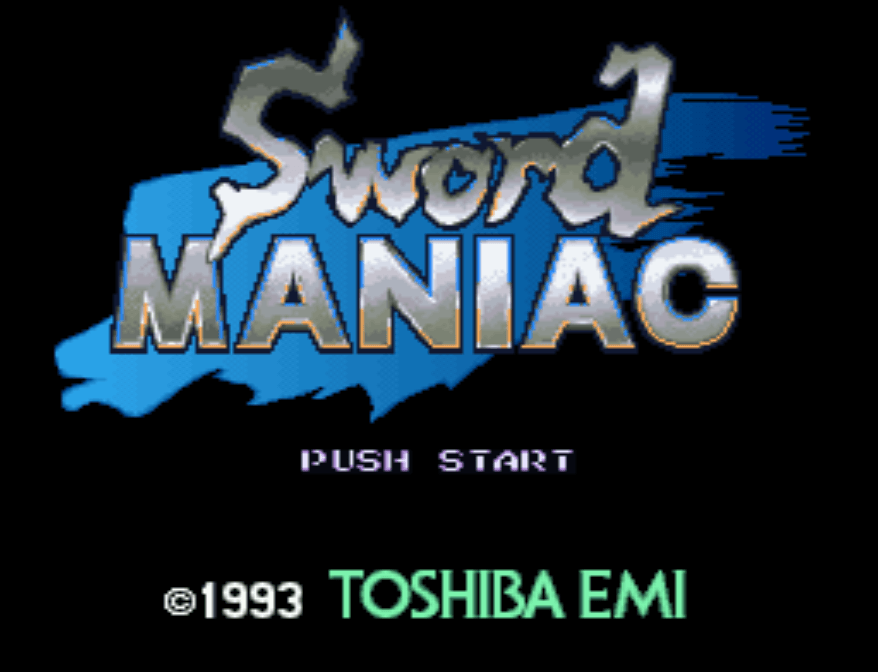 That is quite the unusual title, even by Japanese standards. 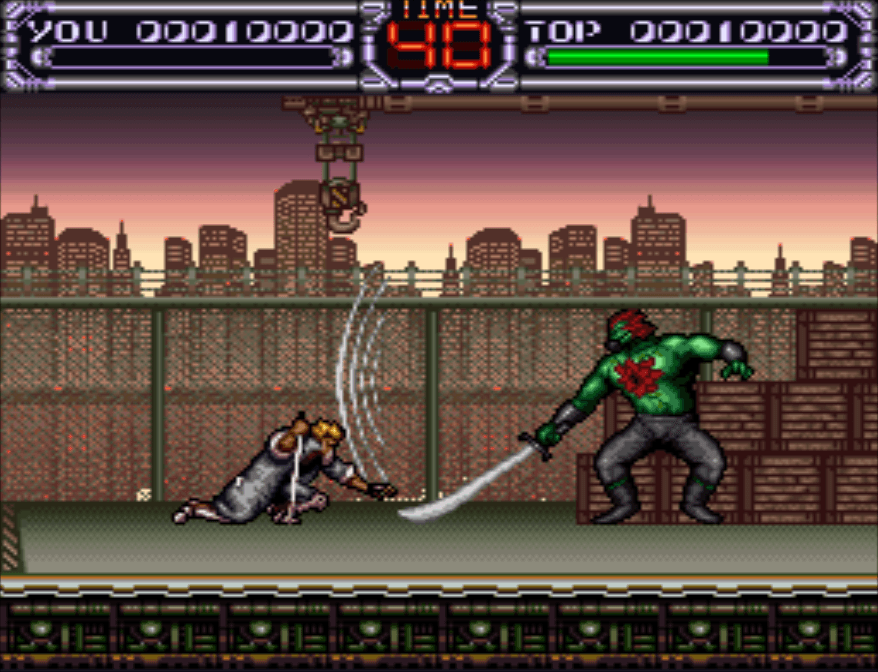 This game is… rather punishing.

The second and (as far as I know) final game to get this treatment was X-Kaliber 2097. Known as Sword Maniac in Japan, this game was a hack-n-slash Strider clone where you used a sword to attack in a future dystopia (2047 in the Japanese version, 2097 in the US version, natch). It, like BioMetal, is pretty tough, where I couldn’t even beat the first boss. If I knew the strategies of this game, I bet you could beat this in a half-hour. 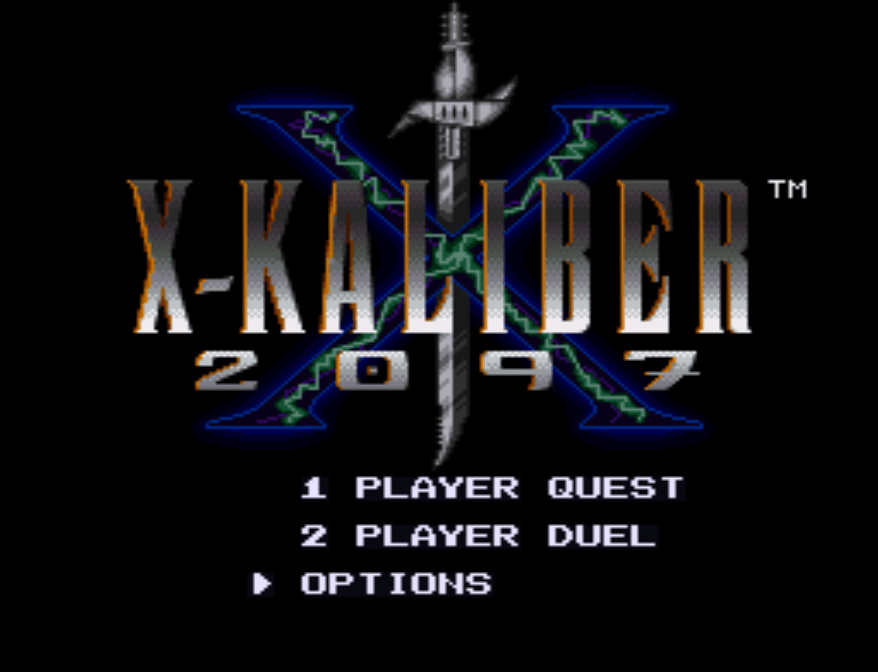 On second thought, the original Japanese title was better. and less ’90s. 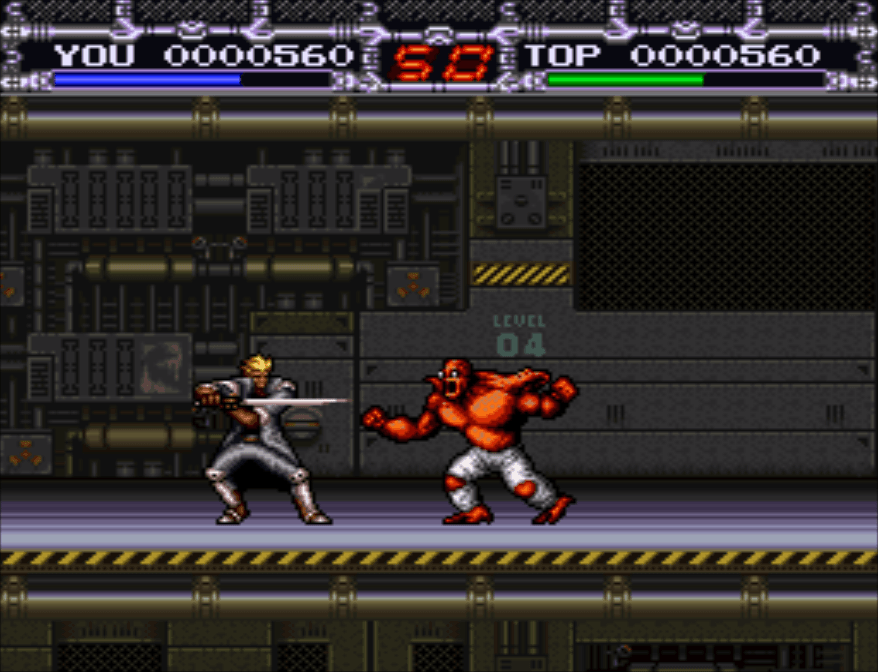 Another strange change is the HUD’s a bit different. Perhaps they were considering the overscan on NTSC TVs?

The soundtrack to Sword Maniac was done by the now well-known duo of Hayato Matsuo and Hitoshi Sakamoto, composers for games such as Ogre Battle, Final Fantasy Tactics, Shenmue, Final Fantasy XII, among many other famous titles. They’re kind of a big deal, is what I’m saying. Not on the leagues of Nobuo Uematsu and Koji Kondo, but more well-known than Yoshio Nagashima, that’s for certain. 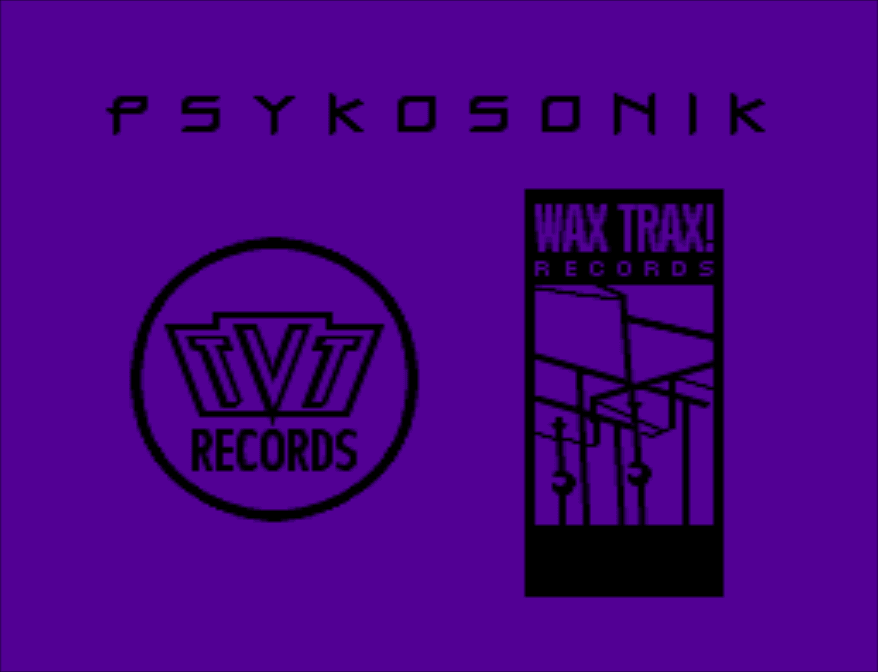 The game itself is fairly cyberpunk in nature, and the Japanese soundtrack fits that mood. Who did Activision decide to go with for this? Some electronic band called Psykosonik.

Okay, I may be a bit harsh calling them “some electronic band,” but unlike 2 Unlimited where I could probably hum “Get Ready for This” and you’d know who I was talking about immediately, Psykosonik is a bit more… obscure. Perhaps they were more well-known in Europe, but I certainly hadn’t heard of them until I heard about this game. 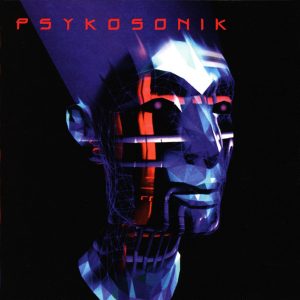 Is this the rejected cover of The Lawnmower Man or something?

The only other thing I know of this band is that one of the former members, Theodore Beale, now writes as “Vox Day,” is a notable member of the alt-right, frequently complains about the Hugo Awards, and wrote a book about how “[Social Justice Warriors] Always Lie.” Hoo-boy. Let’s move on, shall we? I don’t need angry people in the comments, I already get enough hate from my Brutal Doom piece from a few years ago.

Much like BioMetal, X-Kaliber uses various cuts from Psykosonik’s self-titled debut for each stage. “Silicon Jesus,” “Krankphreak,” “Welcome to My Mind,” “Teknojihad,” and “Shock on the Wire” are rearranged to work on each stage, once again by Ali Lexa.

Hard to block bullets with a sword, dude. 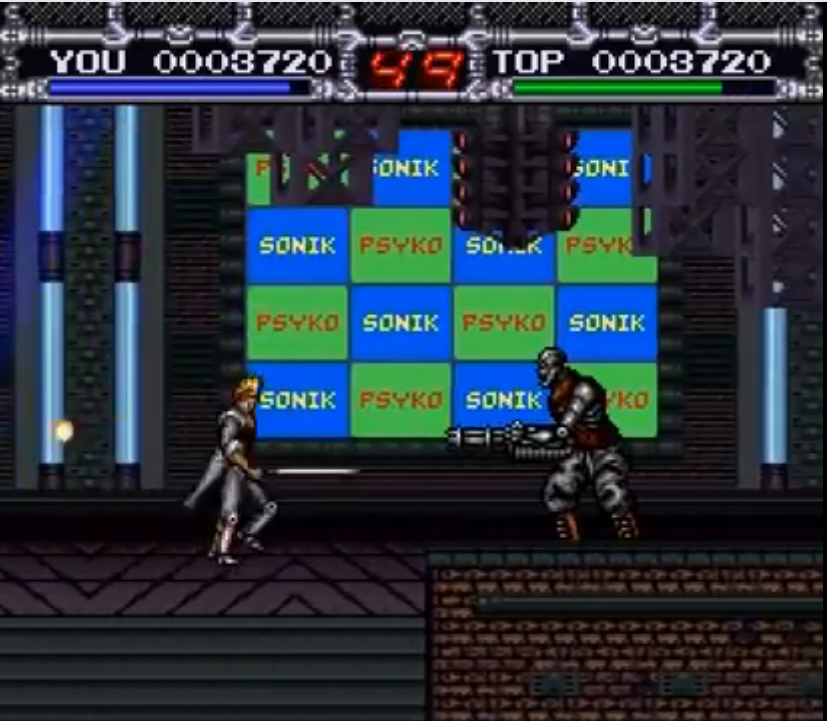 Listen to the rad rave tunes while fighting off this… Terminator-looking dude?

The only other visible change is advertising Psykosonik on the Stage 2 boss, Chainsaw. Sword Maniac showed a much more serious message in its version. Also, the HUD got somewhat of a downgrade on X-Kaliber compared to Sword Maniac. The only reason I could think of this was them considering the overscan on NTSC TVs, but it could’ve been just a stylistic choice.

Alas, Sword Maniac’s story and cutscenes are entirely in Japanese, so I can’t tell how faithful the localization is. That’s more Clyde Mandelin’s forte, but I bet outside of minor name changes the story’s identical between both versions.

As far as I know, Activision abandoned this practice after X-Kaliber 2097. By then they were advertising Pitfall: The Mayan Adventure and bouncing between reviving their old franchises and localizing some Japanese games like Blue Stinger, then Tony Hawk’s Pro Skater released in 1999 and became a big hit. Things have never been the same since.

One thing that actually intrigues me is the music for both games was arranged by Ali Lexa. Outside of a few Mobygames credits, this is probably the most well-known thing he’s done in the video game realm. He’s done a lot of music and sound related stuff since, but nothing recent. I honestly wonder how one gets involved in such an ambitious idea, because I’ve never really seen it done since.

While these are not particularly outstanding games, they’re interesting because of the soundtrack changes. Unfortunately, this means we may never see these games get re-released because of the licensing costs for the music involved. A shame, because these lesser known games are the more interesting games in the SNES’s library.

Some images courtesy of Discogs and World of Longplays. You can probably tell on the latter because I had to get screenshots from YouTube videos to get the club image comparisons because the game is that tough.